Peter has had a lengthy relationship with CIM & before that, CAM. In the 1980s he lectured on media topics for CAM at the College for Distributive Trades in Leicester Square. In the 1980s & 1990s he served as a CAM examiner. All this re-started in 2011 when Peter became an Assignment Tutor working with candidates through the Oxford College of Marketing. He has held that post for 9 years.

Peter’s media career enabled him to plan media, buy media, sell media and, above all, research media. A lengthy career of planning, buying and research roles in a number of agencies culminated in the role of Media Research Director of full-service agency WCRS and then its media successor, the Media Planning Group. Before that Peter worked for, among others, IPC Magazines, Carat, JWT & Davidson Pearce. For several years he worked as head of research and commercial strategy for satellite TV channel, UKTV.

After 2006, Peter worked as a consultant. His major project was to serve between 2006 and 2010 as the General Manager of the newest ‘joint industry’ media research contract, UKOM which has aimed to provide a planning & buying currency for online advertising.

Contribution to industry initiatives has been an ongoing theme. Peter has represented agency interests on the Technical Groups of the two major industry research currencies, BARB and the National Readership Survey, all the while serving on a host of industry research working & technical study groups. Subsequently, he was elected a Fellow of the Institute of Practitioners in Advertising. He has served as the chairman of the Media Research Group.

Peter has been a prolific speaker at advertising and media industry conferences and have published a number of articles in trade and specialist magazines. He also won the Grand Prix at the IPA Media Awards and in another year, the Media Research Category award. In 2007 he wrote a media training module for the IPA, Planning for Integration. In a wider educational context, in his younger days Peter read History at Trinity College, Cambridge. 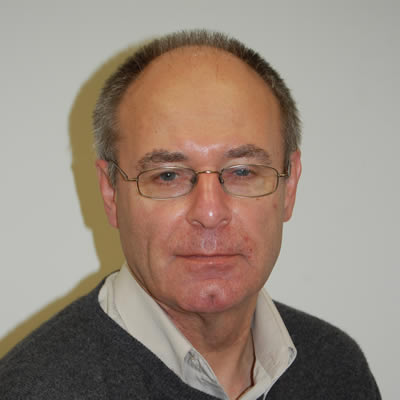 I really appreciate the way Oxford college support in all communications and the material shared by them is really fantastic which is quite friendly and easy to grab and understand. I highly recommend this college.

Richa Kumar
10:34 25 Nov 21
I picked Oxford College of Marketing from the list of CIM study centres I originally contacted because they were able to answer all my questions and provide guidance from first point of contact. All their communications were prompt and genuinely helpful instead of a sales pitch.In my studies with them, I have found the same level of support, especially during the Covid pandemic. The tutors and the support team truly go above and beyond. No question is left unanswered and there are a number of extra resources you are given access to, as well as curated reading lists and online articles which are relevant to the module you are studying.I recommend the college and most importantly the staff.

Zahreen Sharp
10:26 20 Nov 21
I'm currently studying level 4 in professional digital marketing and already on my 2nd module. So far I've enjoyed it and looking forward to finishing my studies and graduating with a certificate so i can move within my current role.

L K
11:20 09 Nov 21
Really pleased with the support from OCM and my tutor. It really makes the process slick.

Ivana Kircanski
16:03 08 Nov 21
Had a great experience learning with OXCOM for my CIM Level 6 Diploma in Professional Marketing. Would recommend to anyone looking to complete this qualification.

Alex Townsend
12:21 06 Nov 21
Very good student support, from start to finish. I can recommend the Oxford College of Marketing: they have well prepare & supportive customer service and very good tutors who are always ready to help and guide you in the right direction.

Danielle Harvey
19:39 05 Nov 21
Good customer contact and they were entirely virtual in lockdown, so was this not curtail them. Very responsive student support.

Jennifer Luong
17:01 05 Nov 21
‹
›
Page load link
We use cookies on our website to give you the most relevant experience by remembering your preferences and repeat visits. By clicking “Accept”, you consent to the use of ALL the cookies. However you may visit Cookie Settings to provide a controlled consent.
Cookie settingsACCEPT
Manage consent

This website uses cookies to improve your experience while you navigate through the website. Out of these cookies, the cookies that are categorized as necessary are stored on your browser as they are essential for the working of basic functionalities of the website. We also use third-party cookies that help us analyze and understand how you use this website. These cookies will be stored in your browser only with your consent. You also have the option to opt-out of these cookies. But opting out of some of these cookies may have an effect on your browsing experience.
Necessary Always Enabled
Necessary cookies are absolutely essential for the website to function properly. These cookies ensure basic functionalities and security features of the website, anonymously.
Functional
Functional cookies help to perform certain functionalities like sharing the content of the website on social media platforms, collect feedbacks, and other third-party features.
Performance
Performance cookies are used to understand and analyze the key performance indexes of the website which helps in delivering a better user experience for the visitors.
Analytics
Analytical cookies are used to understand how visitors interact with the website. These cookies help provide information on metrics the number of visitors, bounce rate, traffic source, etc.
Advertisement
Advertisement cookies are used to provide visitors with relevant ads and marketing campaigns. These cookies track visitors across websites and collect information to provide customized ads.
Others
Other uncategorized cookies are those that are being analyzed and have not been classified into a category as yet.
Save & Accept
Powered by